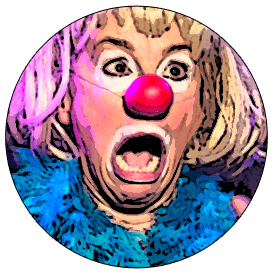 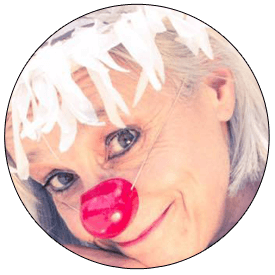 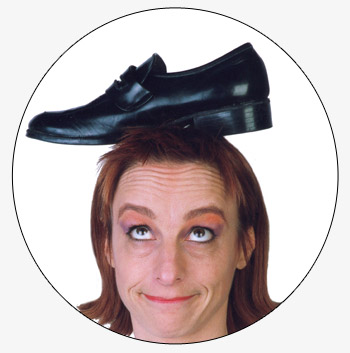 “An authentically elite artist...A sense of the comical that even the best clowns would envy. Caroline Dream demonstrated a communicative capacity that had no need of intermediaries.”
La Revista del Valles (Catalunya, Spain) 26-4-2002

“Just say yes! is a show that one watches with great pleasure. Caroline Dream has the power of communication, a generous expressiveness and a range of very differing registers. This small show fills the stage, at certain moments, with an attractive tenderness and others that are frankly excellent.”
El Periodico de Catalunya (Catalunya, Spain) 13-9-2002 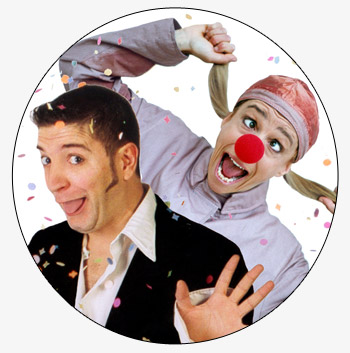 “Of note, Niu Adventurs, in which Navarro and Dream scatter empathy, irony and their mastery of timing.”
Diari Avui (Catalunya, Spain) 29-11-2006

“In the recent edition of the Cornella Clown Festival, Niu Adventurs stood out, with the splendid Alex Navarro and Caroline Dream.”
Diari Avui (Catalunya, Spain) 04-12-2002

“A first-class comedy show… Caroline gives a lesson in expressiveness, a silent but intelligent dialogue. Alex and Caroline teach us how to discover the clown we all have within us.”
Revista del Vallés (Catalunya, Spain) 15-11-2002

“Alex and Caroline play on stage as if they were in the dining room of their home and as if the audience were friends who had come to visit…. absurd humour, an intelligent show”
9 de Nou (Catalunya, Spain) 11-11-2002 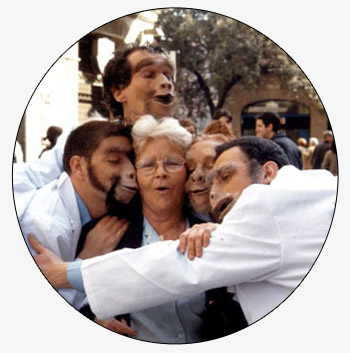 ”They were really good”, – says the newspaper’s photographer when we return to the office. Do you know how many shows our newspaper photographer sees year after a year? There is no critic’s opinion more valid than his.” – Diario de Pontevedra (Spain) 2-8-2004

“One of the most praised performances… such was the success of Teatro de Pronto that even after an hour they couldn’t shake off the mass of humans that chased after them.” – Diario del Mundo (Spain) 25-5–2002

“Primigenio stands out amongst the street offerings at the Fira de Tarrega.”
Diari Avui (Spain) 7-9-2002 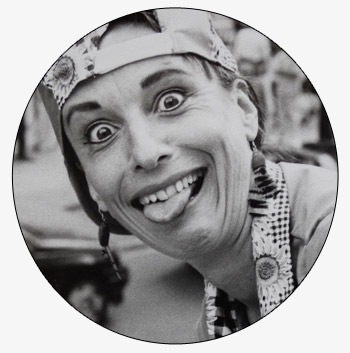 “Numerous audiences attended the show” Clean “by Caroline Dream, which surprised young and old due to its dynamic structure.”
El Diario Montañes (Cantabria) 1-6-97

“Zappy capacity for improvisation and inter-relation with the audience shown by Caroline Dream.”
Diari Avui (Catalonia) 25-9-97 The oceans cover 70% of our planet and represent 95% of the biosphere. For 3,500 million years in its waters between 5 and 10 million species have lived, 97% of which we still know little about. Maybe we never will…

Presented as a documentary about nature that the audience, invited to participate in the expedition, will be able to experience first hand. A creature, half woman, half fish, comes out of hiding to enjoy the sun and the beach. Very soon her tranquility, and even her life, are threatened by encounters with humans and their imprudent habits.

Told with humor, simplicity and poetry, the show highlights the devastating effects of the pollution and destruction of the world’s coastlines, and the consequent threat to marine biodiversity.

A clown’s vision of humans and their relationship with nature. A mermaid’s attempt to survive in the modern world.

The search to fulfil romantic fantasies and encounter the happy ending of fairy tales can drive a person crazy… because reality is painfully different… even though… I may also crazy. I have to be wide awake to find the man of my dreams… and no-one is going to stop me with some sugar coated anesthesia.

¡Just say yes! Is not just a solo clown show… it’s much more; it’s a modern adventure, a journey through the female psyche to discover the hard truths about relationships…

A clownesque adventure by Alex Navarro and Caroline Dream. Absurd and direct humour, with one of the most Spanish international clowns (or was it the other way around?) and one of the least English English clowns.

Alex and Caroline explore all the possible clowns forms, in an exciting cabaret format, where the most hilarious absurdity reigns and any resemblance to normality is pure coincidence. For them, the ordinary is extraordinary… and not making people laugh, mission impossible.

The best kept scientific secret of the century has ceased to be so. The missing link between the chimpanzee and the human being has been discovered in a remote part of the planet. Some specimens were moved from their natural habitat to an animal research center for study but… they have escaped and are now lost in the city! Incapable of understanding a world they do not know, they are creating chaos in the streets.

You are cautioned that, although they are not dangerous, they are bestially funny.

The show was conceived for street performance. Based in improvisation and interaction with the environment, it aims to turn normal life into a theatrical event.

Look at everything that is to be done! There’s no way one should leave the city, the world, that dirty. Just because no-one else seems to care, doesn’t mean it’s possible to turn a blind eye on so much unnecessary rubbish…

Caroline Dream achieves with CLEAN dazzling results. CLEAN washes white the blackest mood. You may believe you are dreaming, rub your eyes, ask your neighbors if that person on the windscreen of that bus is real.

The bioagradable action of CLEAN is a spectacle of mental hygiene that leaves the asphalt like gleaming gold.